Expected publication: December 2016 by Ever After

Raven and her sister, Cara, are at the mercy of a small detachment of Florentine vampyres, who are delivering them as a peace offering to the feared Curia in Rome.

Though she’s unsure William survived the coup that toppled his principality, Raven is determined to protect her sister at all costs, even if it means challenging Borek, the commander of the detachment.

In an effort to keep Raven from falling into the hands of his enemies, William puts himself at the mercy of the Roman, the dangerous and mysterious vampyre king of Italy. But the Roman is not what he expects …

Alliances and enmities will shift and merge as William struggles to save the woman he loves and his principality, without plunging the vampyre population into a world war.

This stunning conclusion to the Florentine series will take readers across Italy and beyond as the lovers fight to remain together. Forever.

I have so much love for this series and can’t wait for this book to be released! And that cover! ❤

Despite their differences, Erika and Clementine have been best friends since they were children. So when Erika needs help, Clementine should be the obvious person to turn to. Or so you’d think.

For Clementine, as a mother of a two desperately trying to practise for the audition of a lifetime, the last thing she needs is Erika asking for something, again.

But the barbecue should be the perfect way to forget their problems for a while. Especially when their hosts, Vid and Tiffany, are only too happy to distract them.

Which is how it all spirals out of control…

I have loved the past few books I’ve ready by this author. Her books are shocking and twisted. Can’t wait to read this one!

When Shaw Kinnard encounters the incongruously elegant Jordie Bennet in a seen-better-days bayou bar, it’s not love at first sight. He’s there to kill her. Instead, he abducts her, eager to get hold of the $30 Million her brother has pocketed from his badly bent boss. Now they are on the run from said boss—and the FBI.

Brown is one of my favorite romantic suspense authors – I can’t wait to read this one!

When a lakeside tryst ends in a double murder, police detective Daniele Harper arrives on the scene determined to get answers. Clues are everywhere, but nothing adds up. Dani turns to the Delphi Center crime lab for help, but soon regrets it when her secret attraction to their chief firearms examiner threatens to distract her from the most important case of her career.

As a ballistics expert and former Navy SEAL, Scott Black knows firearms, and he knows he can help Dani unravel her case. Scott has managed to hide his interest in his best friend’s younger sister for years, but when her investigation brings them together, the sparks between them quickly get out of control. Scott resolves to keep his hands off Dani and his eyes on the goal—identifying a killer. But when that killer zeroes in on Dani, all bets are off. There isn’t a line Scott won’t cross to convince Dani to trust him so that he can help her take down a ruthless murderer who has her in his sights.

I love this series and this author, so I’m obviously really excited for this book!

Expected publication: May 10, 2016 by William Morrow

For Morgan Yancy, an operative and team leader in a paramilitary group, nothing comes before his job. But when he’s ambushed and almost killed, his supervisor is determined to find out who’s after the members of his elite squad—and why. Due to worries that this unknown enemy will strike again, Morgan is sent to a remote location and told to lay low and stay vigilant. But between a tempting housemate he’s determined to protect and a deadly threat waiting in the shadows, keeping under the radar is proving to be his most dangerous mission yet.

The part-time police chief of a small West Virginian mountain town, Isabeau “Bo” Maran finally has her life figured out. She’s got friends, a dog, and a little money in the bank. Then Morgan Yancy shows up on her doorstep. Bo doesn’t need a mysterious man in her life—especially a troublemaker as enticing and secretive as Morgan.

The harder they fight the intense heat between them, the closer Morgan and Bo become, even though she knows he’s hiding from something. But discovering the truth could cost Bo more than she’s willing to give. And when Morgan’s cover is blown, it might just cost her life.

And my obsession with the romantic suspense genre continues! This book was put on my radar last week. I used to love Linda Howard’s books, but it has been years since I’ve read any of them. This one sounds so good – can’t wait to read it! 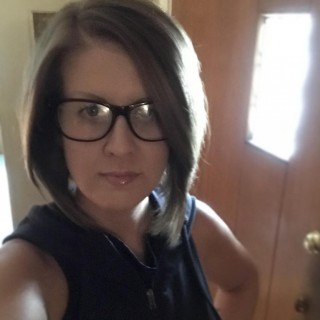